Up close encounters with the BIG 5

Learn the ancient art of tracking and survival

Discover the beauty of South Africa on foot

Enjoy the environment in our Eco-Friendly camp 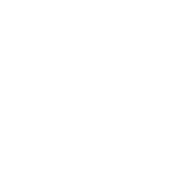 Staying in the bush with every modern comfort that can be offered.

This prime wilderness area boasts the Big Five, a large diversity of antelope species, the entire range of smaller predators, over 500 bird species, and a tremendous diversity of reptiles, amphibians and invertebrates. The landscape is typical of the undulating granitic Lowveld basin with large broad-leafed trees dominating the uplands, followed by Acacia woodlands, which give way to the large trees that form the riverine vegetation in the valley bottoms. Highly productive and open sodic areas dominate along the sandy riverbeds.

All guests receive a safety brief on arrival, as this is untamed Africa at it's best!

The camp is surrounded by a 2-strand electric ‘elephant fence’ which is merely in place to prevent the elephants from destroying the en-suite bathrooms, central showers, or swimming pool in the dry season, or the camp’s beautiful trees whenever the mood takes them. Everything shorter than an adult elephant can and does walk freely through the camp area.

ABOUT THE OWNER & FOUNDER

Andreas Liebenberg has owned the property since 1991. He has been instrumental in creating what Bateleur is today and has been involved with every aspect from the design of the new safari camp, to guiding groups and implementing the more specialist itineraries.

At the beginning, there was no camp at all – guests simply arrived with the backpack, sleeping bag and food and the ‘camp’ comprised a spot under a shady tree! Great pride is taken in keeping the property in a pristine condition – erosion sites have been successfully rehabilitated and roads are constantly maintained.

Twice, he has received the Timbavati Private Nature Reserve’s conservation award for the most eco-sensitive land owner.

Andreas has been involved in the conservation industry for over 20 years, with a background in man and animal tracking; self-protection and combat training; and wilderness guiding.

He is a partner in Counter Insurgency Tracker Training (CITT) which specialises in training field rangers across Africa in man-tracking and counter-poaching. 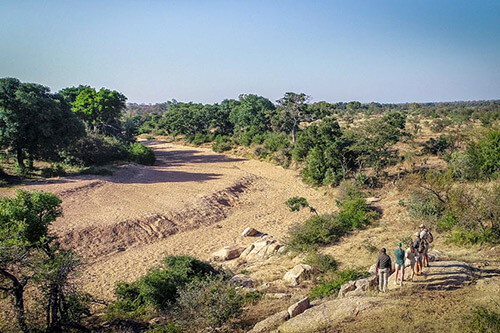 During the period October to April the days are warm with temperatures of up to 40 degrees Celsius or sometimes higher. The days are often partly cloudy or overcast and warm and humidity levels can be quite high. At night the temperature can drop to 18 degrees Celsius. 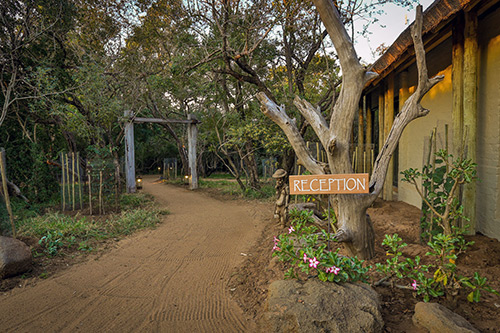 During the period May to September the days are a lot cooler with low humidity. The temperature generally sits around 22 to 28 degrees Celsius and the days are often sunny and clear. The nights and early mornings are often very cool and temperatures can drop to about 5 degrees Celsius, sometimes even lower. The odd cold front may blow over the area bringing cool, windy and overcast conditions with soft rain.

The Timbavati is considered a low risk malaria area, however clients should consult their local travel clinic regarding prophylaxis. The highest risk time for malaria is December to April 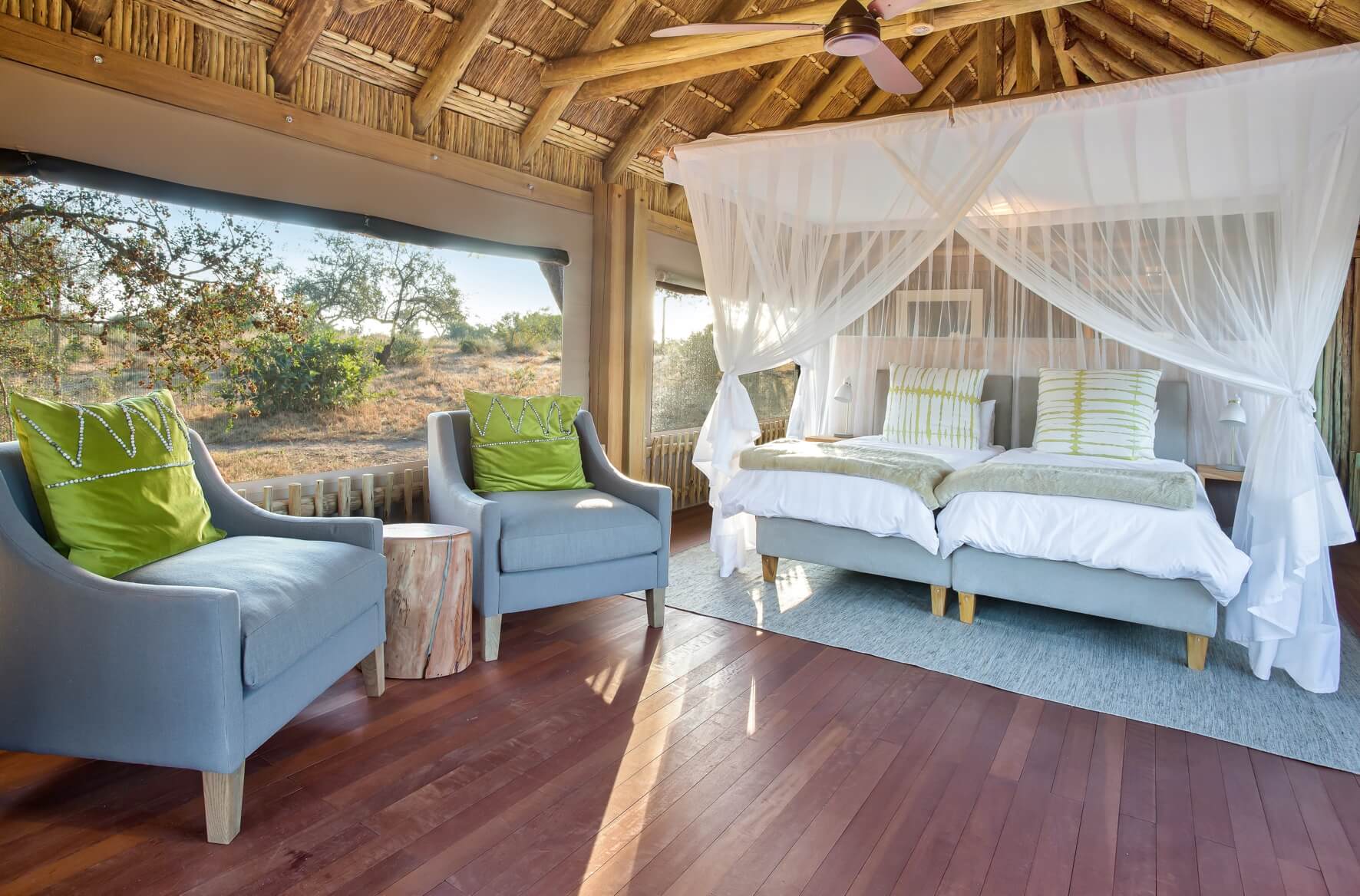 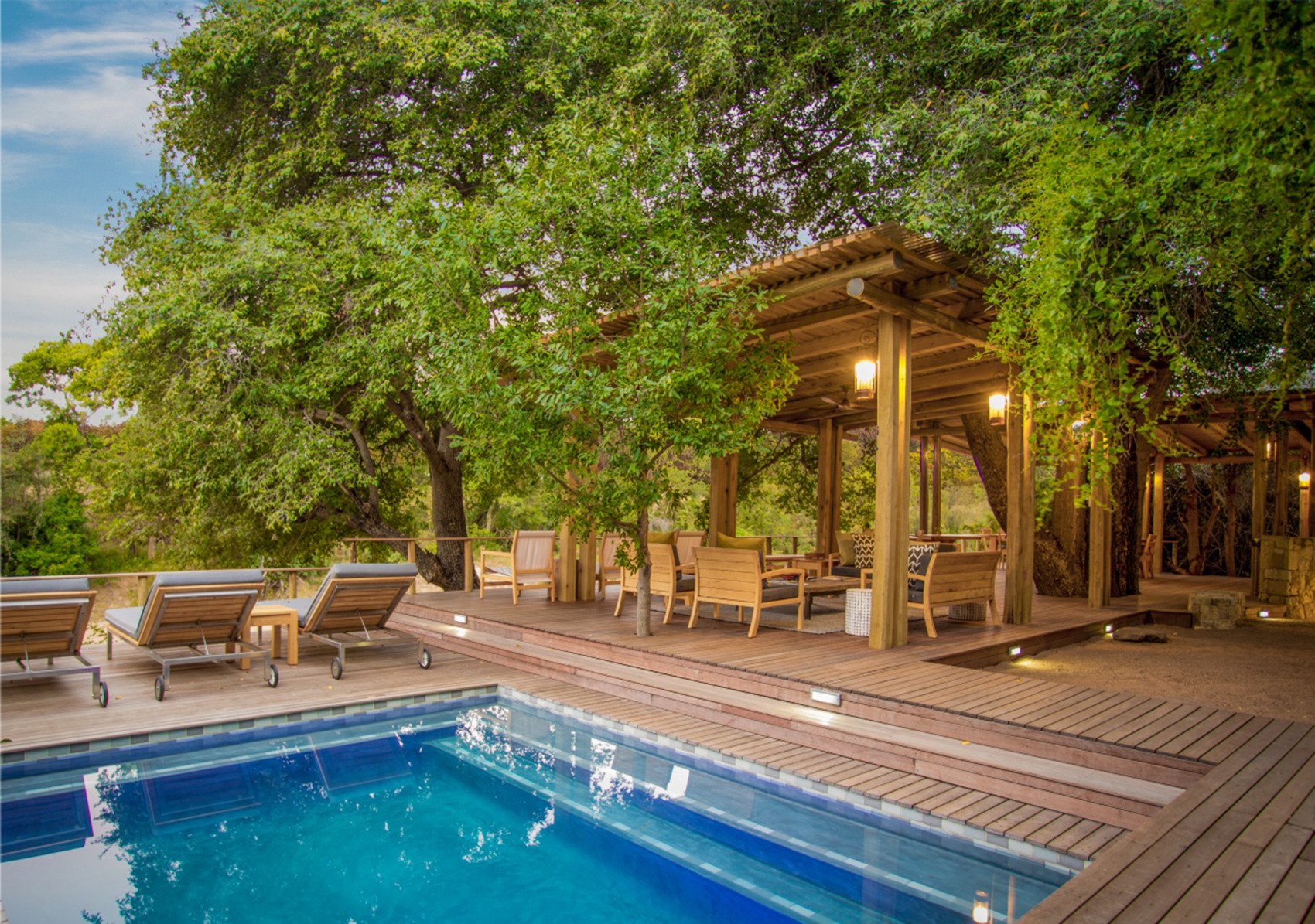 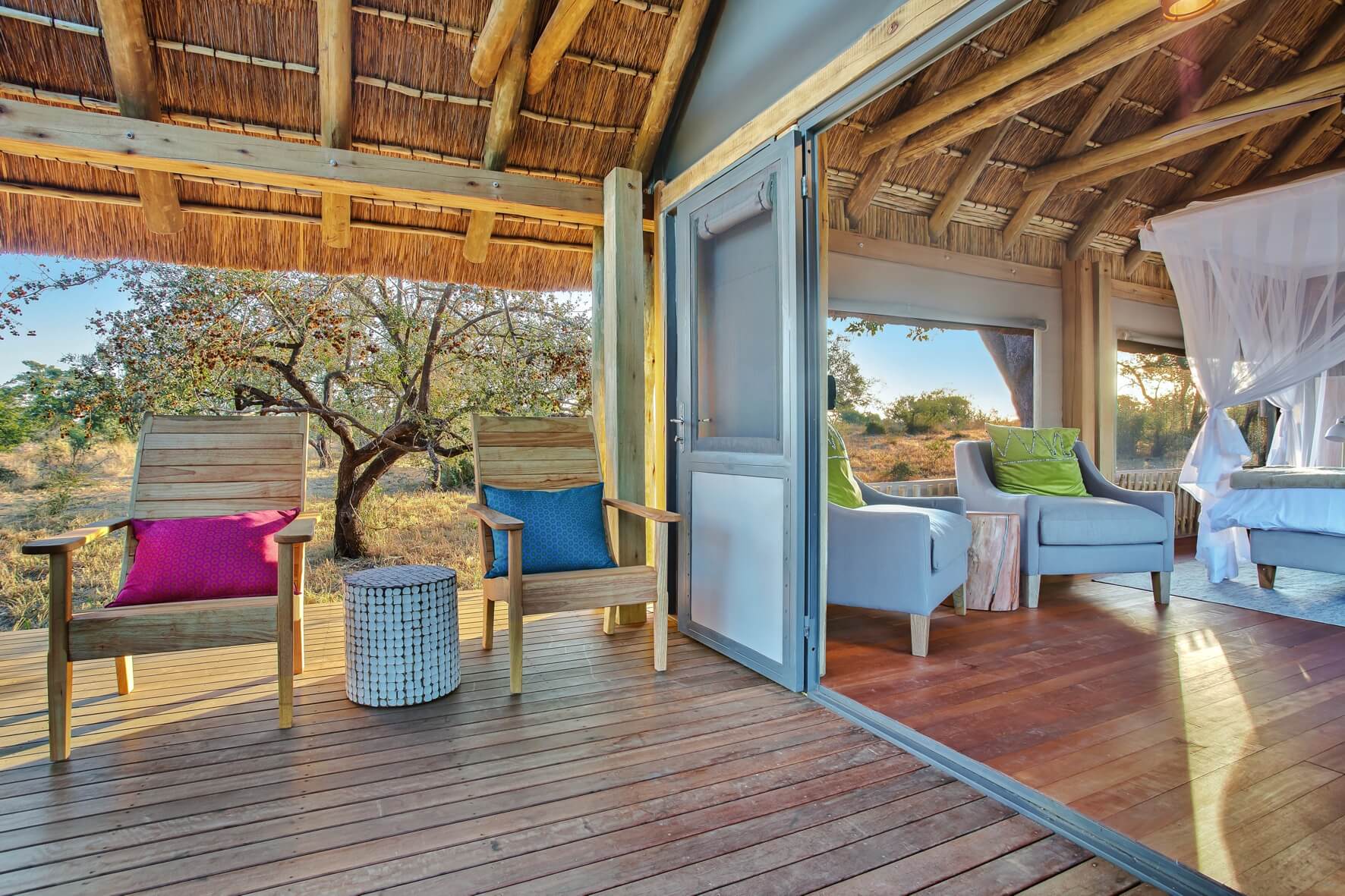 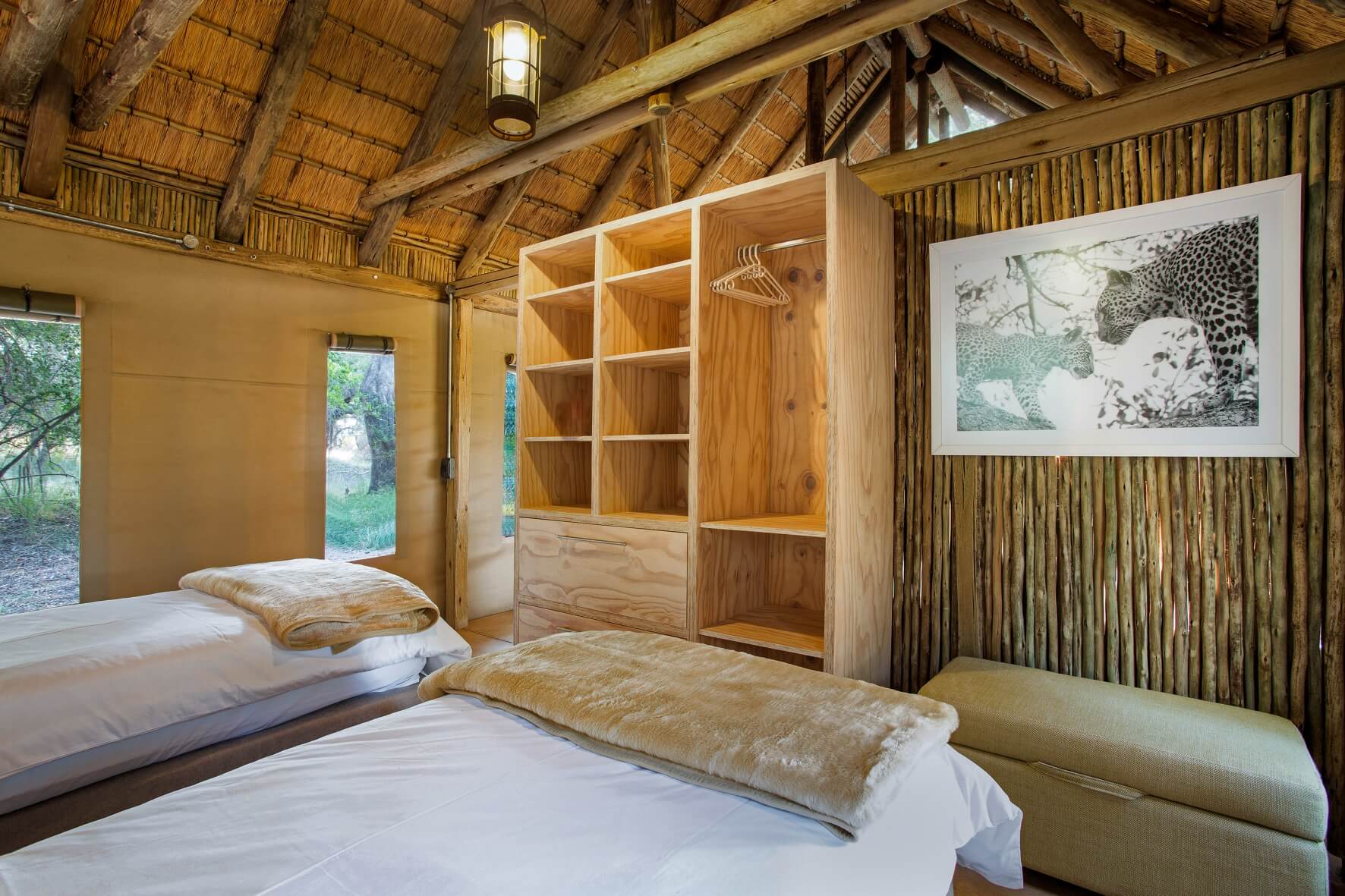 Bateleur Safari Camp is ideal for couples, singles and small groups who are looking for a South African safari that simultaneously exceeds expectations and offers an up-close experience of the true African bush and wildlife. Bateleur is totally eco-friendly – full details regarding our ‘green’ policy are available on the website.

The feature of the camp’s central area is the covered, open-sided wooden deck that houses the lounge and dining areas and overlooks the riverbed and its seasonal waterhole. The comfortable lounge area is an ideal place for idle game viewing or relaxing with a good book and a cool drink between guided activities. Books are available from the library and drinks can be purchased from the bar. At meal times the dining area is the perfect location for enjoying sumptuous meals whilst absorbing the sights and sounds of the African bush. The wooden deck extends past the adjacent chemical-free swimming pool, which allows guests to cool off in the heat of the day without missing the wildlife and birdlife that frequent the area.

The central area is completed by a tastefully finished, low-walled boma area open to the stars with chairs set up around a central fireplace. This is an ideal place to relax around the fire and share stories of the day’s activities under a big African sky. Adjacent is the camp’s braai/barbeque area where food is often prepared by the chef on the open fire.

When designing and building Bateleur Safari Camp, it was a priority to make as small a footprint as possible. Tented walls were chosen over concrete structures, allowing guests inside the units a closer interaction with the outdoors. No trees were removed during the building process, allowing the camp to unobtrusively blend into the surrounds. Literally hundreds of trees have subsequently been planted in and around the camp.

Regular 4-legged visitors that can be seen walking within the camp perimeter during the day include Nyalas, warthogs and bushbuck. Elephants, buffalo and giraffe can often be seen walking through the river bed in front of the camp. And at night, anything shorter than an adult elephant can, and often does, walk through the camp under the cover of darkness. 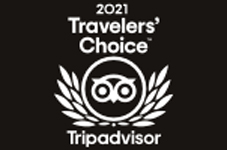 Conservation levies are charged every night. Valid for Arrivals 1 May to 31 July.